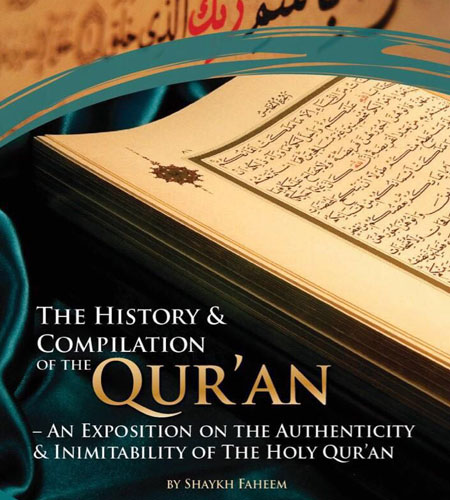 The Book acts as a response to the atheistic lobbies who object to the Qur’an’s authenticity and validity as the Word of God. The book argues that unlike the religious books of the other Abrahamic faiths, the Qur’an is the only remaining religious text free from any form of tampering or altering. It remains to this day, preserved in the exact words as transmitted unto his companions by the Noble Prophet Muhammad.

Chapters discuss the subjects of Qur’anic methodology highlighting the categorization of verses and usage of the rational faculty. The Mechanics of Revelation, the Qur’an during the era of the Prophet r as well as after his physical demise, Style and Structure of the Qur’an, the compilations of Hadhrath Abu Bark As-Siddique t and Hadhrath Uthman t respectively and concludes with the discussion of the Qur’an as a linguistic miracle.

Login to Shaykh Faheem
Reset Password
Enter the username or e-mail you used in your profile. A password reset link will be sent to you by email.